If you are fishing the rivers of the Rocky Mountain West, the months of September through November are recognized by many as the best time to be on water. Crowds have dissipated from the summer onslaught, air temperatures are cool, streams are low and clear, wade fishing is generally easy, and trout are hungry as they feed in preparation for the approaching winter.

Part of what makes this time of year so enjoyable is the appearance of an entirely new set of bugs on which trout can feast. Gone for the most part are summer’s pale morning duns, Isoperla stoneflies, golden stones, drakes, and terrestrials. Instead, we see the reemergence of blue-winged olives, chironomids become the bread-and-butter insects on many western trout streams, and big bugs like October caddis dominate the scene on some waters.

Nonetheless, there are certain times and certain waters where these standby bugs play second fiddle to other invertebrates—insects that are far more crucial as trout foods. These include the mutant, or short-winged, stonefly (Claassenia sabulosa); the great blue-winged red quill, or hecuba (Timpanoga hecuba); and the big mahogany duns (Paraleptophlebia temporalis and bicornuta).

On the streams I regularly fish in the greater Yellowstone area, these aquatic insects are well known by the resident fly fisher. They are certainly favorites of mine. Yet despite the relatively strong documentation in fly fishing literature (both print and online) of their presence, these bugs are often ignored by visiting anglers. That’s a mistake. Knowing their behavior, when they emerge, and the best tactics for fishing their imitations can make the difference between consistent action and a potential shutout. 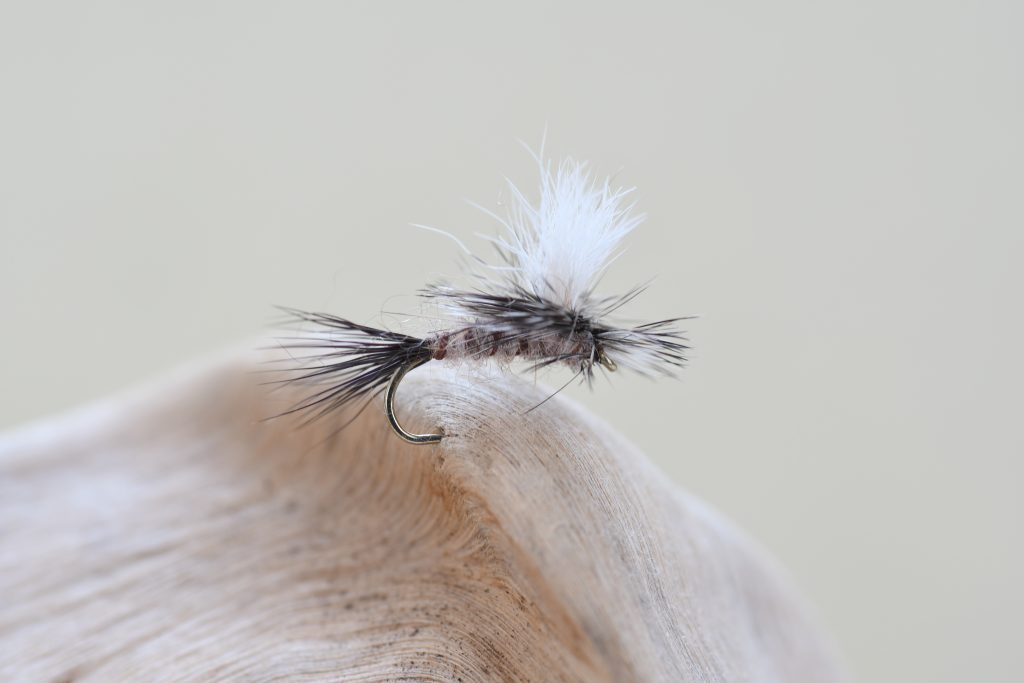