Salmon also reported elsewhere along Baffin Island, and in Kugluktuk 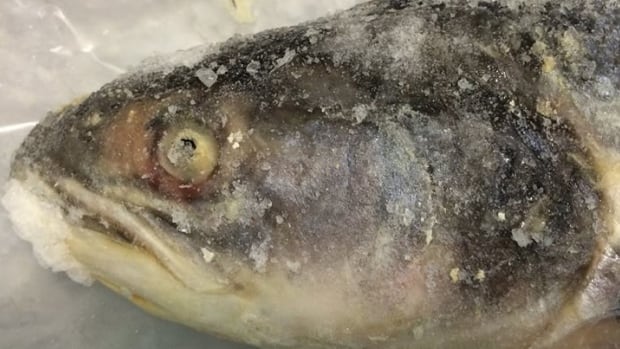 A genetics lab in Winnipeg used a tissue sample from the head of the fish to confirm an Atlantic salmon was caught in Clyde River, Nunavut. (Karen Dunmall)

Science has confirmed what fishermen in Clyde River, Nunavut, have been saying for decades: Atlantic salmon do make their way to the Baffin Island hamlet north of the Arctic Circle.

A Department of Fisheries and Oceans (DFO) lab in Winnipeg says an Atlantic salmon was harvested in the hamlet four years ago.

The fish was caught back in 2012. Its head was frozen and sent to an Iqaluit fisheries office. The head was then shipped to Winnipeg for DNA testing.

Communication and timing issues meant that the testing wasn’t completed until March of this year, when a genetics lab confirmed from a tissue sample that the fish was indeed an Atlantic salmon.

“As soon as I got the fish in the cooler, I thought: ‘oh, that’s an interesting one,'” said Karen Dunmall, a PhD student at the University of Manitoba studying salmon in the North as an indicator of a changing Arctic environment. 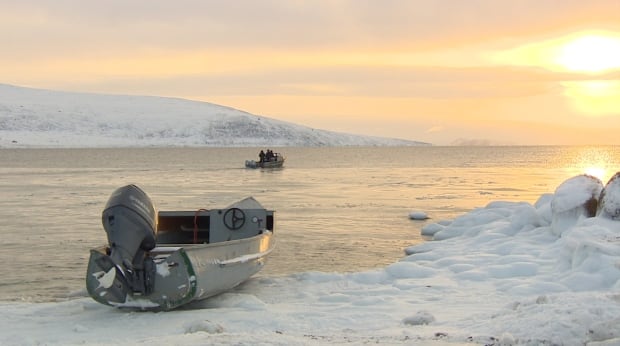 Clyde River, a hamlet of fewer than 1,000 people, lies on the shores of Baffin Island just above the Arctic Circle. (Vincent Robinet/CBC)

Dunmall is trying to figure out why the salmon are pushing further north. She began studying Pacific salmon in the Northwest Territories five years ago, expanding on a DFO program to collect and monitor the fish.

She recently expanded the program to Nunavut, where, along with Clyde River, she said Atlantic salmon have been reported elsewhere on Baffin Island. Chum salmon have also been reported further west in the territory in the hamlet of Kugluktuk.

“We think that the warmer water temperatures in the marine environment [are] allowing increased access for species that wouldn’t normally go that far north,” she said.

“It’s just basically an indication of what the communities are saying, that the Arctic is changing. And it’s how we can use the local knowledge of the changing species distributions in order to monitor that change and use salmon as indicator of a broader level change in the entire Arctic.”

‘It was something alien to us’

Daniel Jaypoody has been fishing for Arctic char for about 30 years in Clyde River and said that on rare occasions, he’s heard of salmon being caught. 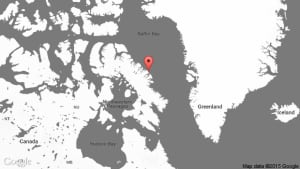 “It’s not something new,” he said. “Even the elders will say that they’ve caught one in their net once in their lifetime.”

About four years ago, one of his friends caught what he thought was a salmon, though Jaypoody is not sure if it was the same fish confirmed by the DFO.

“It was something alien to us,” Jaypoody said, describing a three-foot-long silver-coloured fish.

“We don’t get that kind of fish up here too often.”